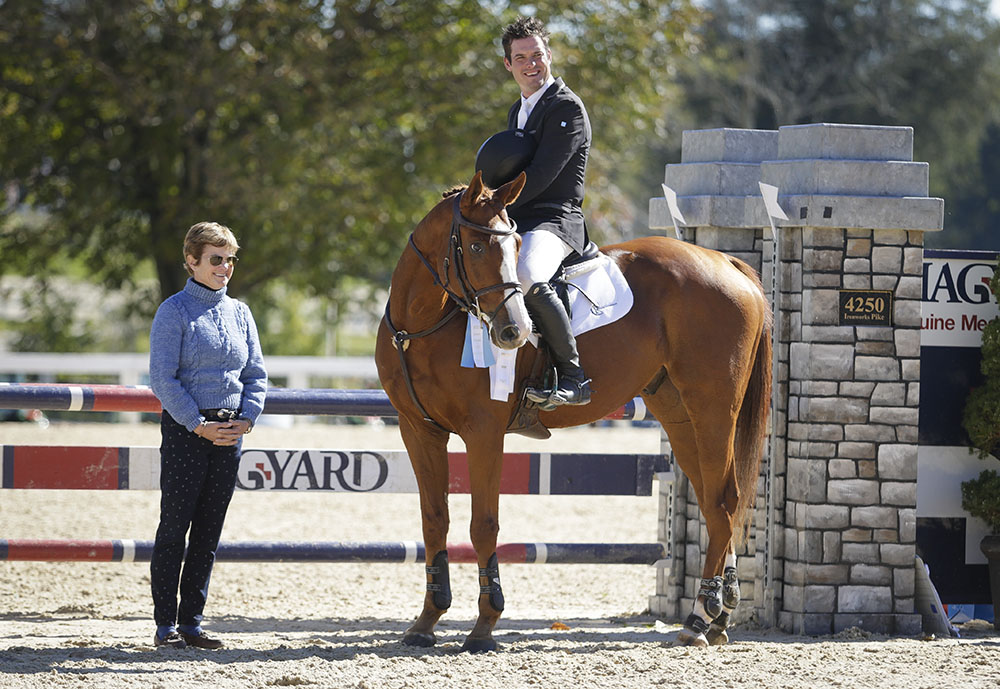 Raised around horses, Conor Rollins started riding at the age of 8 at a local lesson barn in Yellow Springs, OH. From there, Conor leased a horse and soon bought his first pony, Celtic Spark. Conor gained valuable riding experience with "Sparky". Together they fox hunted, earning their colors with the Miami Valley Hunt, evented at local schooling shows, and joined Pony Club. After a journey to the Rolex Kentucky Three-Day-Event, Conor was hooked on eventing. Conor moved on to Melchizedek, an ex-steeplechaser that was bought from the Brush family in Columbus, OH. Melchizedek guided Conor up to the Preliminary level. As an early Christmas present, Conor began a long relationship with Powerball. Together they competed through the CCI** level and earned many top ten placings together. Conor also received his "B" certification from the United States Pony Club during his time with Powerball.

Through the years, Conor has been able to ride and work with top instructors including Bruce Mandeville, Holly Hudspeth, Ralph Hill, Ian Stark, Jimmy Wofford, Bonnie Mosser, and many others. From his experience in the hunt field and by riding some great cross-country horses, Conor learned to ride effectiviely on cross-country. To further improve his dressage he began training under Grand Prix rider Molly Xanthoupolous from Xenia, OH. This work improved Conor's focus and understanding, and his dressage marks greatly improved. In 2010, after a year and a half of college at Washington and Lee University in Lexington, VA, Conor decided to try riding full time. He began working with Bonnie Mosser. Bonnie raised the level of riding and horsemanship for Conor. Working for Bonnie gave Conor a glimpse of what it was like to work to the top of the sport. During this time, Conor was given the opportunity to compete Bonnie's advanced partner, Merloch. This opportunity gave Conor valuable miles and experience while deepening his understanding and knowledge of top level horses. After a year and a half working for Bonnie, Conor worked a year for up and coming international event rider Doug Payne. There, Conor gained more valuable experience working in a barn full of top competition horses. Work at Doug's was continuous and non-stop, preparing a large string of horses for weekly competitions. After his time at Doug's, Conor returned home and launched his own buisness venture.